In an article in USA Today entitled More U.S. Christians mix in ‘Eastern,’ New Age beliefs I find the following quotes. After each quote I have added a comment. 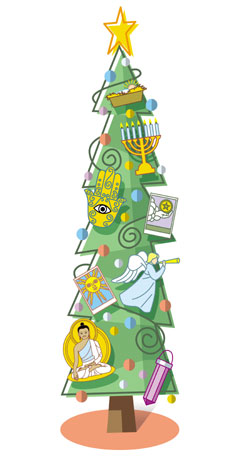 Pew says two in three adults believe in or cite an experience with at least one supernatural phenomenon, including:

•24% say people will be reborn in this world again and again.

The survey says all of the above. Now I hope you are learning enough Bible to know that these things are not true. They are not Biblical and that you will learn what the Bible says before you continue believing or practicing these things.

•The percentage of people who call themselves Christian has dropped more than 11% in a generation, and so many people declined any religious label that the “Nones,” now 15% of the USA, are the third-largest “religious” group after Catholics and Baptists, according to the American Religious Identification Survey last March.

The survey finds a drop of 11% in the people that call themselves Christians in one generation! Does that mean that you and I have to be more diligent in sharing our faith in the Lord Jesus Christ? We send missionaries to the field to share the gospel but we are rapidly losing it right here in the USA!

•Despite Americans’ overwhelming allegiance to someone they call God (92%), in Pew’s 2008 U.S. Religious Landscape Survey, 70% said “many religions can lead to eternal life,” and 68% said “there’s more than one true way to interpret the teachings of my religion.”

•Most (55%) say a guardian angel has protected them from harm, and 52% believe in prophetic dreams, according to surveys by Baylor University released in 2006 and 2008.

In short, we believe our own experiences are authentic, and no “authority” can say otherwise.

There is an authority. It is the Word of God and none of our experiences are on equal ground. All that God has to say has been said until we get to Heaven. We have the finished and complete Word of God right now! There is only one way to Heaven and that is through the person of Jesus Christ. John 14:6. I hope that you know the truth.

I hope that you will be faithful to church so that you will be involved in active Bible study so you will know the truth. Don’t believe something because you like it or a friend believes it. Believe because God has revealed the truth to us in His Word!