An Overview of Delhi

Delhi is the 8th largest city in the world! Located in northern India, there are over 22 million people living in Delhi and it is a huge city, covering about 573 square miles, and comprises nine districts, 27 tehsils, 59 census towns, 300 villages and three statutory towns.

In 1911, the capital of India moved from Calcutta to Delhi, and has been there ever since.  As there is much migration in India, Delhi has grown to be a very diverse, multicultural city and has become a major center  for politics in India. It is anticipated that by 2021 it is expected that at least 10 million more people will be living in Delhi.

In spite of this, about 52% of people in Delhi live in slums, which means they lack water, sewage systems, electricity, proper housing etc. There is a high crime rate in Delhi, and in 2005, of all the cities in India with over one million people, Delhi ranked #1 in crime rate.

Around 82% of Delhi is Hindu, another 11% are Muslim while about 4% Sikhs. The remaining 3% is comprised of Baha’i, Janis and Christians. Less that 1% of Delhi even claims to be Christian.

According to the Indian constitution, religious freedom is granted as a basic human right. There are, however, more laws being passed which are called “anti conversion laws,” which basically prevents converting someone to another religion, especially to Christianity. Delhi is a fairly typical Indian city, being about 80% Hindu, as about 80% of India as a whole is Hindu.

Pictured below is the Akashardham Temple in Delhi, India. It is the largest Hindu temple in the world.

Currently, Jim & Autumn Roberts are on deputation raising support in order to go to Delhi, India. Pray for this family and continue to pray that God would send more laborers to this city and country to lift His name high. 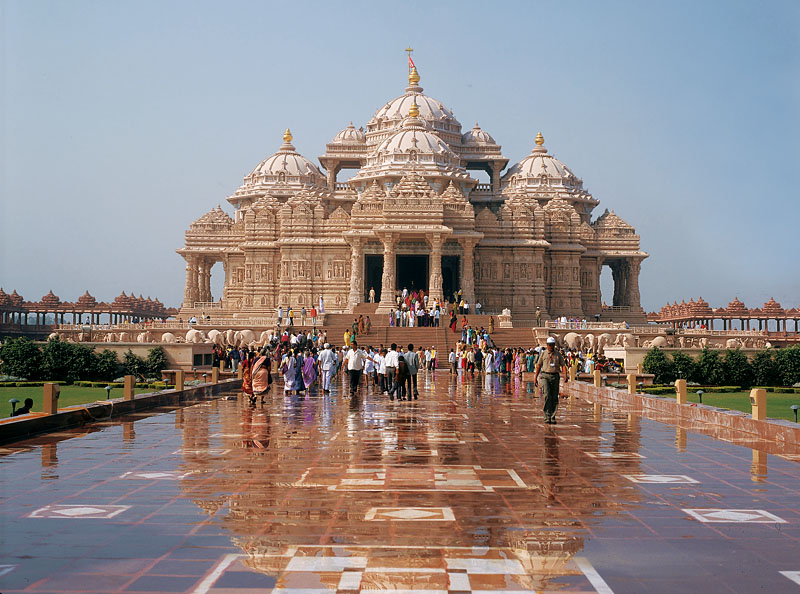