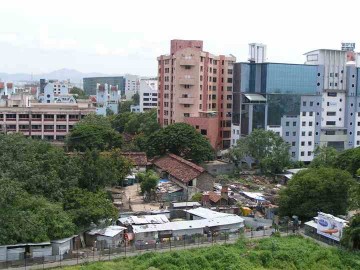 An Overview of Pune

Pune is the ninth largest metropolis in India, the second largest in the state of Maharashtra after Mumbai, and the largest city in the Western Ghats. Once the centre of power in the Maratha Empire, it is situated 560 metres above sea level on the Deccan plateau at the confluence of the Mula and Mutha rivers. Pune city is the administrative capital of Pune district.

Pune is known to have existed as a town since 937 AD and was originally called Punawadi. In 1730, Pune became an important political center as the seat of the Peshwa, the prime minister of the Chhatrapati of Satara; it was during this era that Pune became the centre of Indian politics. After the town was annexed to British India in 1817, it served as a cantonment town and as the “monsoon capital” of the Bombay Presidency until the independence of India.

Today, Pune is known for its educational facilities and relative prosperity and is the cultural capital of Maharashtra. Pune has well-established manufacturing, glass, sugar, and forging industries since the 1950-60s. It has a growing industrial hinterland, with many information technology and automotive companies setting up factories in Pune district. The city is known for various cultural activities like classical music, spirituality, theater, sports, and literature. These activities and job opportunities attract migrants and students from all over India and abroad, which makes for a city of many communities and cultures.

A number of religions are followed in the city of Pune. As more and more people are shifting to Pune, either to study or to work, the religious identity of the city is undergoing a major change. People belonging to varied religious backgrounds are living in the city, making it an assortment of sorts. One of the major religions followed in Pune is Hinduism.

Pune city also serves as home to people belonging to other religions, like Sikhs, Christians and Muslims. Even though their number is not too large, they form a significant minority of the total population. The other religions practiced in Pune comprise of Buddhism, Jainism, and Zoroastrianism. A small number of people in the city practice these religions.