An Overview of Milan

Milan is the second-largest city in Italy and the capital city of the region of Lombardy and of the province of Milan. The city’s urban area, roughly coinciding with its administrative province and the bordering Province of Monza and Brianza, is one of Europe’s largest with an estimated population of over 4 million spread over 1,980 km2 (764.48 sq mi), with a consequent population density of more than 2,000 inhabitants/km².  It has been suggested that the Milan metropolitan area is part of the so-called Blue Banana, the area of Europe with the highest population and industrial density.

The city was founded by the Insubres, a Celtic people. Milan was later captured by the Romans in 222 BC, and later was the capital city of the Western Roman Empire from 286 until 402 AD. Milan became one of the most prosperous Italian cities during the High Middle Ages. During the Romantic period, Milan was a major cultural centre in Europe, attracting several artists, composers and important literary figures. Later, during World War II, the city was badly affected by Allied bombings, and after German occupation in 1943, Milan became the main hub of the Italian resistance. Despite this, Milan saw a post-war economic growth, attracting thousands of immigrants from Southern Italy and abroad.

Over the years, Milan has had an increase in the number of international inhabitants, and 15.2% of Milan’s population is foreign born. As of 2011, the Italian national institute of statistics ISTAT estimated that about 236,000 foreign-born immigrants lived in Milan, representing almost 20% of the total resident population, a rapid increase from recent years levels. The top ten countries of origin of the foreign born residents were the Philippines, Egypt, China, Peru, Ecuador, Sri Lanka, Romania, Morocco, Ukraine, and Albania. Decades of mass immigration have made the city one of the most cosmopolitan and multi-cultural in Italy. Milan notably hosts the oldest and largest Chinese community in Italy, with almost 19,000 people in 2010.

Milan ranks highly in both national and international rankings in terms of GDP per capita, average income rates, cost of living, and quality of life. Its economic environment has made it, according to several studies, the world’s 20th and Europe’s 10th top business and financial centre, having been highly successful in terms of city branding. While Rome is Italy’s political capital, Milan is the country’s economic and financial heart. Milan’s higher education system comprises 39 university centres (44 faculties, 174,000 new students a year, equal to 10% of the entire Italian university population), and has the largest number of university graduates and postgraduate students (34,000 and more than 5,000, respectively) in Italy.

Milan’s population, like that of Italy as a whole, is mostly Catholic. It is the seat of the Roman Catholic Archdiocese of Milan. Other religions practiced include: Orthodox Churches, Buddhism, Judaism, Islam, and Protestantism. 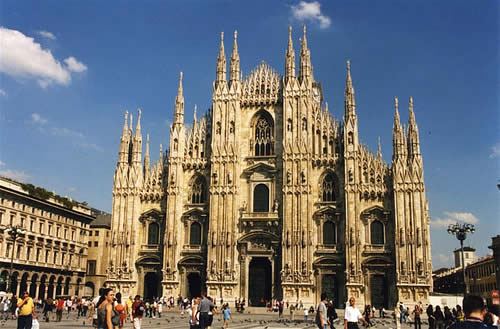