An Overview of Harbin

Harbin is the capital and largest city of Heilongjiang Province in Northeast China, as well as the tenth most populated city in the People’s Republic of China. According to the 2010 China census data, the city’s municipal area has 5,475,000 inhabitants, while the total population of the sub-provincial city is 10,635,971. Harbin serves as a key political, economic, scientific, cultural, and communications hub in Northeast China.

Harbin is originally a Manchu word meaning “a place for drying fishing nets.” It is known for its bitterly cold winters and is often called the “Ice City.” Lying on the southern bank of the Songhua River, Harbin is well known for its beautiful ice sculptures in winter and its Russian legacy and still plays an important part in Sino-Russian trade today. In the 1920s, the city was considered China’s fashion capital as new designs from Paris and Moscow reached there first before arriving in Shanghai.

The Harbin local culture is based on Han culture, combined with Manchu culture and Russian culture. This combination of cultures influences the local architecture style, food, music, and customs. The city of Harbin was appointed a UNESCO City of Music on 22 June 2010 as part of the Creative Cities Network (source).

Chinese folk religion can also be found up through central provinces until it becomes sparse in the north-eastern zones (where Beijing is situated), which are largely secularized. However, the vast majority of the population is atheist and agnostic with significant proportions of Buddhists and Quanzhen “Northern” Taoists.

Vision has two church-planting missionary families working in the city of Harbin. Would you pray that God would send more laborers to this city and country to lift His name high? 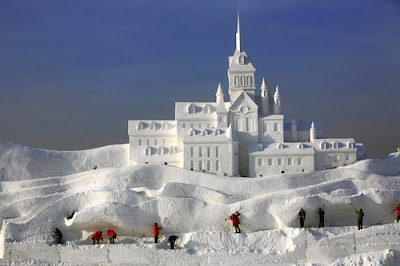