An Overview of Tehran

The current population of Tehran is approximately 7,380,000 people.

As the capital city of Iran, Tehran is a diverse and beautiful city combining the ancient civilization of Iran with modern developments and living. It is positioned at the base of the Alborz mountain range in Northern Iran and is home to the usual tourist attractions such as museums, shopping centers, art galleries and palaces. In addition to being the cultural centre of Iran, Tehran is also home to key sociological, economic, and political activities. The respective authorities in Tehran have made great efforts to further cultivate and grow leisure facilities for it’s inhabitants, such as parks and theatres (source).

In the 20th century, Tehran was subject to mass-migration of people from all around Iran. The city is home to many historic mosques, churches, synagogues and Zoroastrian fire temples. Contemporary Tehran is a modern city featuring many structures, of which the Azadi (Freedom) Tower and the Milad Tower have come to be symbols of Tehran itself. In 2008, Tehran was the least expensive capital in the world and only the second least expensive city globally based on the cost-of-living index; however, prices have dramatically increased during the past years. Due to the long history of Iran, there have been many instances of capital city relocations over the ages and Tehran currently is the 32nd national capital of Iran. The native language of the city is the Tehrani accent of Persian and about 98% of Tehran’s population can speak and understand Persian and the majority of people in Tehran identify as Persians (source).

The religion held by the majority of the Iranian population is Shia Muslim (89%). Sunni Muslims in Iran constitute about 9% of the population and the remaining 2% of Iranians are from ‘other’ religions – primarily Zoroastrian, Christian, and Jewish.

What makes the religious beliefs in Iran so interesting is that although almost 90% of Iranians are Shia Muslims, globally the percentage of Shia Muslims is only 10%. 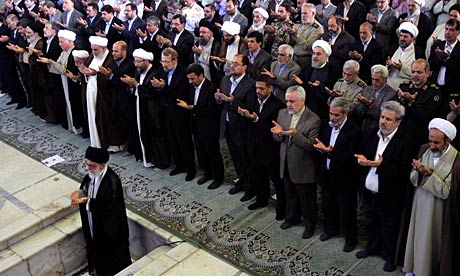 Zoroastrianism is the oldest revealed religion both globally and within Iran and it predates the Islamic religion. There is no official agreement over the time period in which the Prophet Zoroaster lived, but many people believe that it was at least 1,000 years before Christ.

Zoroastrianism believes in two opposing states – that of goodness and light and that of evil and darkness. They believe that the two states are in constant struggle and that the world exists as a stage only for the battles to take place. There is a strong ethical and moral basis within the religion therefore, with individuals striving towards ‘goodness’. The religion shares the same belief with Islam that all individuals will be subject to judgement upon death and acceptance into Paradise will be dependant on behaviours during the individual’s worldly existence.

God has been doing a work through the house church movement in Iran over the past few years. Although only 0.51% of Iran’s population is Christian, it is estimated that 0.2% (approx. 117,678) of this population is evangelical. Also, this evangelical Christian group has a growth rate of 19.6% per year (Operation World).