An Overview of Tianjin

Tianjin, China has a population of approximately 10,239,000 people. Massive and dynamic, Tianjin is China’s third-largest city, located near the coast some 80km east of Beijing. The city has few actual sights; it’s the streetscapes – an assemblage of ageing nineteenth- and early twentieth-century European architecture, juxtaposed with the concrete and glass monoliths of wealthy contemporary China – that are its most engrossing attraction. Though wide swaths of the city are being redeveloped, much of the colonial architecture has been placed under protection, and the shopping opportunities, especially for antiques, just about justify a day-trip from the capital, an hour away by train. 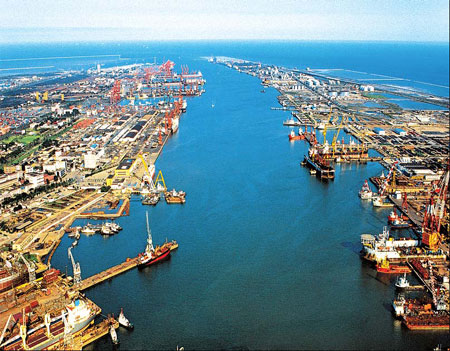 In the nineteenth century, the port city caught the attention of the seafaring Western powers, who used the boarding of an English ship by Chinese troops as an excuse to declare war. With well-armed gunboats, they were assured of victory, and the Treaty of Tianjin, signed in 1856, gave the Europeans the right to establish nine concessionary bases on the mainland, from which they could conduct trade and sell opium. These concessions, along the banks of the Hai River, were self-contained European fantasy worlds: the French built elegant chateaux and towers, while the Germans constructed red-tiled Bavarian villas. Tensions between the indigenous population and the foreigners exploded in the Tianjin Incident of 1870, when a Chinese mob attacked a French-run orphanage, and again during the Boxer Rebellion in 1900, after which the foreigners leveled the walls around the old Chinese city to enable them to keep an eye on its residents (source).

Religion is complex in Tianjin and in China in general. Many of the belief systems hover somewhere between traditional religion and old philosophy, as they universally believe in a sacred or spiritual world, but vary in how influential that world is in everyday life. Religions in China also do not demand exclusivity from their members. Chinese citizens may practice several different religions at one time, without feeling any sense of disloyalty.   That said, there are three main religions (or philosophies as the case may be) prominent in Chinese culture: Buddhism, Daoism, and Confucianism. Daoism (also called Taoism) is the only one native to China. Islam and Christianity have made minor inroads into the city (source).